Since 1977, the Sooke Region Museum’s mandate has been to gather and preserve information and objects of educational, historical and cultural value associated within the area of East Sooke to Port Renfrew.

The Sooke Region Museum Archive houses roughly 8,000 historic photographs, and more than 6,000 historical documents. Such documents range from collections of colour photographs documenting local flora and scenery, to genealogical charts recording the origin and interconnections of many early families.

Also located on the property is the Triangle Island Lighthouse Interpretive Center. Due to the fierce storms, fog and unexpected currents, many vessels descended into the rugged shores of the west coast Vancouver Island. As a result, the Canadian government expanded its system of navigational aids on the Pacific Coast. The “Westcoast Lifesaving Trail” was created, and an expanded program of lighthouse construction was undertaken throughout the West Coast. In 1910 the Triangle Island Lighthouse was built. The beam of light cast by Triangle Island’s lens, could be seen from almost 50 miles. However, due to its height the light was often shrouded by clouds. In 1920 the lighthouse was declared more of a burden than a benefit, and was dismantled. Today, visitors can book a tour to see one of the most dramatic lenses ever built.

The Museum also offers temporary exhibits offered seasonally. Debuting in June, the Women of Sooke Region exhibition explores the stories, challenges and triumphs of key women who shaped the Sooke region. Included in the exhibit are day to day stories, historical photos, and writings that will give context to the lives of the women who were instrumental in building Sooke. This exhibit runs until Sunday, October 13th.

A popular feature of the museum today, is the Moss Cottage which is the oldest standing pioneer home west of Victoria. Originally built in 1870 by James Welsh, the cottage was donated to the Sooke Region Historical Society in 1977, who relocated the building to the museum grounds. Today visitors of the cottage are welcomed by an interpretive guide, named “Aunt Tilly” who demonstrates turn of the century household tasks.

Experience all that Sooke has to offer. Book your stay today!

PERCHED CLIFFSIDE ABOVE THE PACIFIC OCEAN 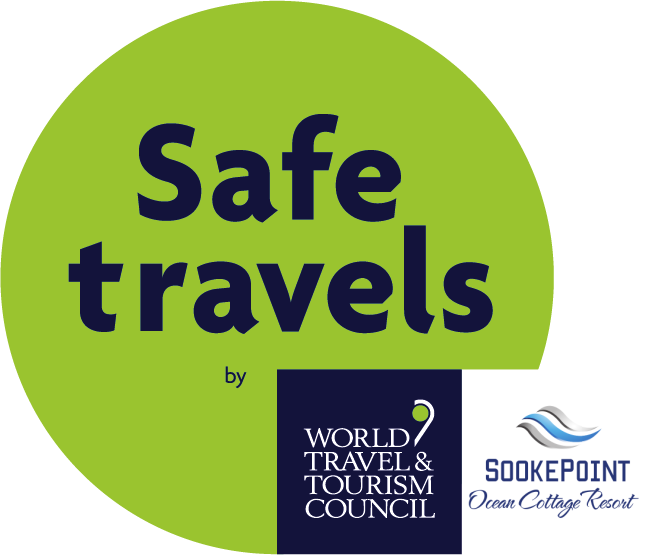